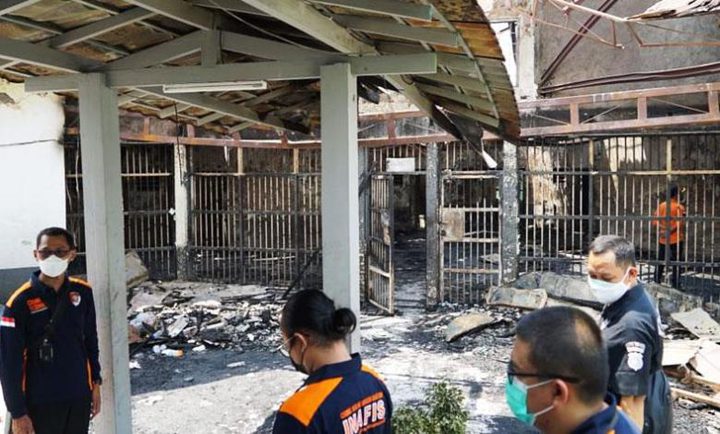 An-Najah News - 41 people were killed as a result of a fire that broke out in a prison in Banten province, Indonesia, according to the Indonesian prison administration.

A government spokeswoman and media reports said a fire broke out in a prison building in Indonesia's Banten province in the early hours of Wednesday morning, killing at least 40 people and injuring dozens.

The Indonesian authorities opened an investigation to find out the cause of the accident.