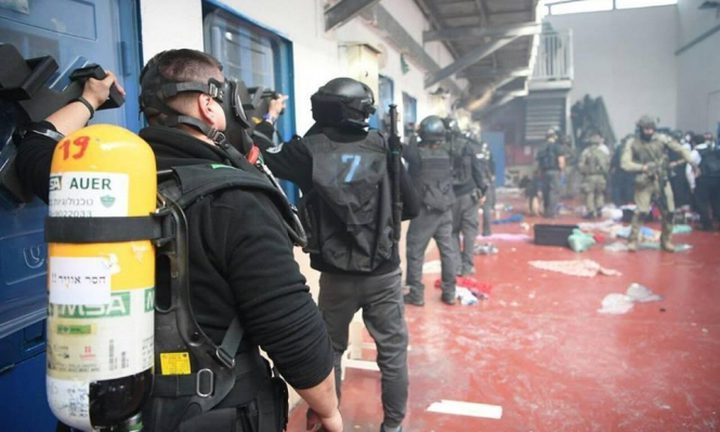 Special repressive units who are affiliated to the Israeli occupation prison department  broke into Gilboa prison last night and  still  in the prisoner’s cells till now.

In a statement, the Commission of Detainee and Ex-detainees Affairs said that repressive forces have conducted a brutal and provocative inspection’s for the prisoner’s rooms and messed up with their properties. Where, a state of tension and unrest prevailed among prisoners in detention.