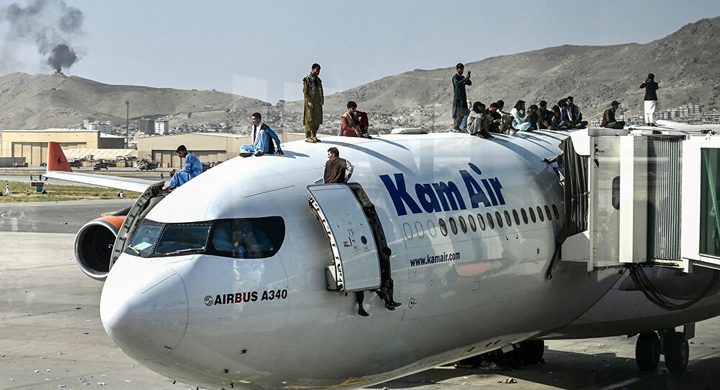 An-Najah News - A spokesman for the Ukrainian Foreign Ministry clarified the statements of Deputy Foreign Minister Yevgeny Lenin regarding the "hijacking" of a Ukrainian evacuation plane in Kabul.

The spokesman, Oleg Nikolenko, denied the existence of hijacked planes for Ukraine in general.

Explaining the Deputy Minister's remarks, a Ukrainian Foreign Ministry spokesman told Interfax-Ukraine: "Deputy Foreign Minister Yevgeny Yenin was explaining in general the unprecedented level of difficulties that the diplomats had to face in order to get the Ukrainians out. The goal was to make sure that the necessary people got on the plane. necessary in safe conditions, and then returned safely to their homes.

He continued, "There are no hijacked Ukrainian planes in Kabul, or anywhere else. Information about the hijacked plane, which was reported by the media, does not correspond to reality."

Earlier, the media quoted the Deputy Foreign Minister of Ukraine, Yevgeny Lenin, that on August 17, unknown persons hijacked a Ukrainian plane that arrived in Kabul to evacuate Ukrainian citizens, and it was "hijacked by unknown persons and flew to Iran."