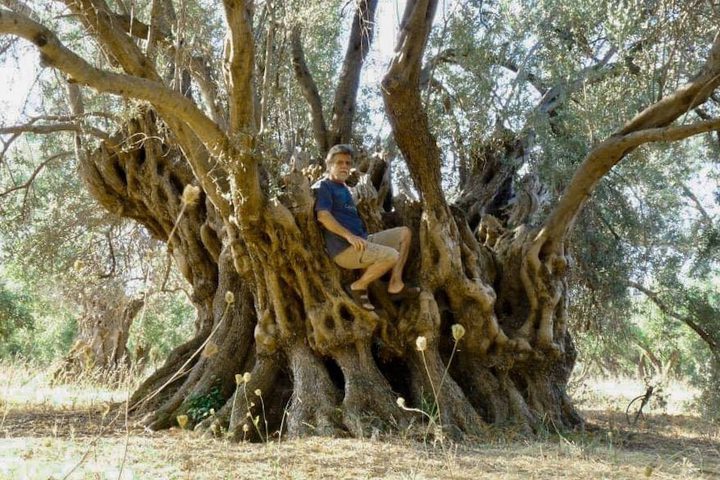 An-Najah News - Greek authorities have announced that a 2,500-year-old olive tree has burned down on the island of Evia, due to ongoing forest fires in the area.

They pointed out that "the ancient tree is found in the olive grove of Rovia, and it was a permanent symbol of the landscape that the ancient geographer and philosopher Strabo mentioned in his writings."

They added: "The tree was large, with a trunk wide enough to accommodate ten people in diameter, and it was abundant with olive fruits until it fell victim to the wildfires."

A Greek geographer named Apostolis Panagiotos posted the tragic loss of the Evian tree on Twitter, and many Greeks have expressed their sadness to the impact of the fires.

The ancient olive tree in Evia, is one of the many losses of wildfires

"What people see now is the completion of the disaster," the mayor of Istiaia-Edipsos, Giannis Kontzias, said in a statement.

He added: "The truth is, we could have provided more protection, I went up the mountain from Wednesday to make calls with more planes, which we were able to keep for 30 hours."

Kontzias described it as a "dramatic turn of events", when the winds changed direction and brought fire to the northwest of Evia.

"The wind turned the fire towards the municipality of Estaya Edipsos, and it hit the area," he said.