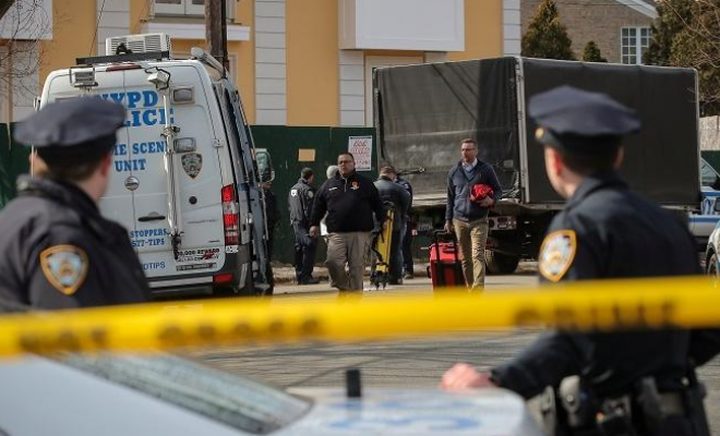 Michael Andraichak, a public information officer at the San Francisco Police Department, confirmed that officers from Tenderloin Station had arrested a man, 54,  suspected of stabbing in the 600 District of Eddy Street.

Police said the charges against the suspect were still pending. There was no confirmation as of Tuesday night to whether the suspect is facing a hate crime.

According to "KPIX" TV channel, one of the victims, 85, was seriously injured after being stabbed in the chest and arm. Whereas the second victim is 65.

Meanwhile, people who witnessed the attack said that a man with a knife was walking down Market Street, when he approached a bus stop and stabbed the two women.

An eyewitness to the stabbing incident provided a photo to "KPIX" of a potential suspect. The photo shows a man with a shaved head, wearing a dark-colored shirt, blue jeans, and black and white sneakers.  The man was also apparently carrying a black and green bag.