Dangerous materials may cause a second massive explosion in Beirut Port 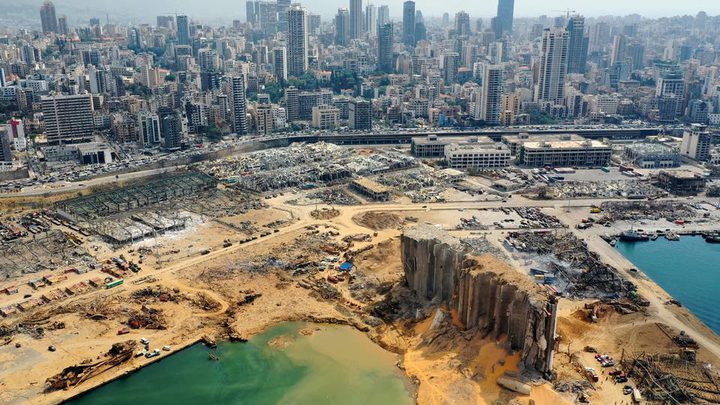 Dangerous materials may cause a second massive explosion in Beirut Port

The German "NTV" news network said in its report that a German company is helping to prevent a second disaster in the Beirut port, perhaps to the same extent as the disaster of 4th August.

The report said that "during the security and cleaning work after the severe destruction of the port disaster, workers in the port found 52 containers containing partially rotting materials and more than 1000 tons of chemicals."

"What we found here it would be a second Beirut bomb. I've never seen anything like it before," said Heiko Wilderhof, director of Combi Lift, which is tasked with disposing of chemicals found in the port after the explosion.

It is noteworthy that a very powerful explosion occurred in the port of Beirut on August 4, 2020, causing hundreds of deaths and injuries, and severe material damage to buildings, homes and cars.

The Lebanese authorities said that the cause of the bombing was the presence of 2,750 tons of ammonium nitrate that customs confiscated in 2014 and stored in a warehouse.