Turkey, Izmir: Search and rescue operations are still ongoing after the earthquake that shook the region 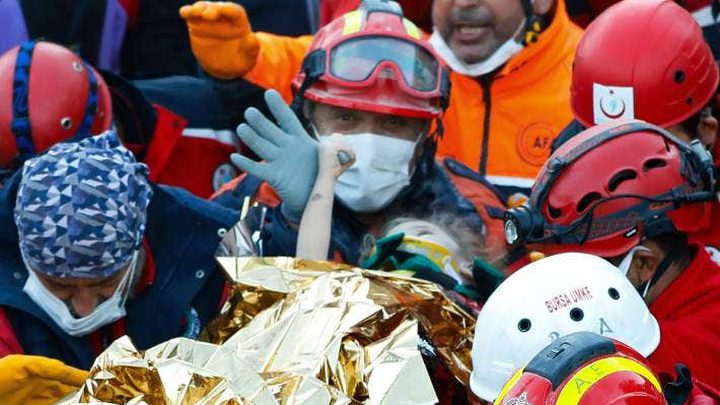 Turkey, Izmir: Search and rescue operations are still ongoing after the earthquake that shook the region

An-Najah News - A 4-year-old girl,has been rescued after surviving for 91 hours under rubble caused by the powerfull earthquake that hit Izmir, Turkey nearly three days ago with a magnitude of 6.9 acoording to official sources. She is not the only girl, who has been rescued, another 3-year-old girl has been founded alive and rescued by the rescuers after spending three days under buildings rubble. This earthqauke resulted in the death of at least 85 people and a devastaiting destruction of the buildings.

More than 3500 tents and 13000 beds were provided to shelters and people who need it. Afad pointed out that nearly 25 rescue dogs and 8000 personnel were involved in the searching and rescuing operation.