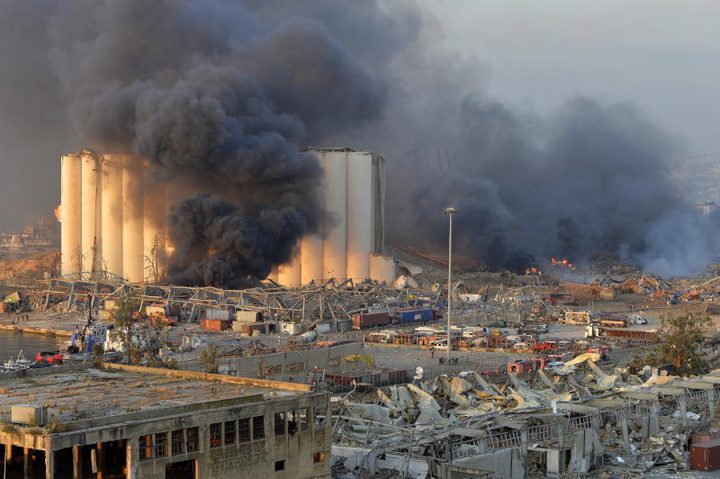 An-Najah News - The head of the Lebanese Red Cross confirmed today, Wednesday, that the death toll from the massive explosion that shaked Beirut on Tuesday has reached 100 until now, adding: "More victims are trapped under the rubble."

George Kettani told LBCI TV by phone that the Red Cross is coordinating with the Ministry of Health to let the mortuary receives dead and wounded bodies because the hospitals are no longer able to receive more.

General Director of the Lebanese General Security, Major General Abbas Ibrahim, said, "The talk about fireworks as a reason of the explosion is ridiculous."

He added: "It appears that the explosion occurred in a store of high explosive materials confiscated for years."