Kroos: Cristiano Ronaldo is the best of all time 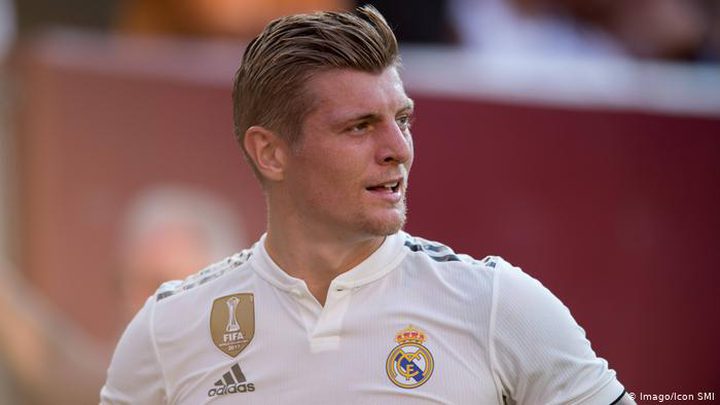 Kroos: Cristiano Ronaldo is the best of all time

An-Najah News - Real Madrid's German midfielder Toni Kroos believes that the departure of Argentine Lionel Messi from Barcelona is a good thing for Meringue, noting that the deal may contribute to the joining of young Kylian Mbappe to the royal this summer.

"We will see how things go with Messi's departure to Paris Saint-Germain, and maybe his departure is good for us, because one of our biggest competitors lost his best player," Kroos said, in comments reported by the English newspaper "Daily Mail".

He added: "Maybe more good things will happen as a result, maybe a player from Paris Saint-Germain will join us, and Mbappe may join Real Madrid, I don't know, but in general Messi's departure is not bad for us."

On the comparison between Ronaldo and Messi: “Cristiano Ronaldo is the best player of all time, and I am certainly biased towards him because he decisively contributed to our winning many titles, and it was impressive to play alongside him.”

He continued: "We were not only teammates, he was next to me in the dressing room and neighbors in the dorm where he lived next to me, and seeing how perfect he it was to play with."

He concluded: "That is why it is difficult for me to choose Messi, as the best player in history."