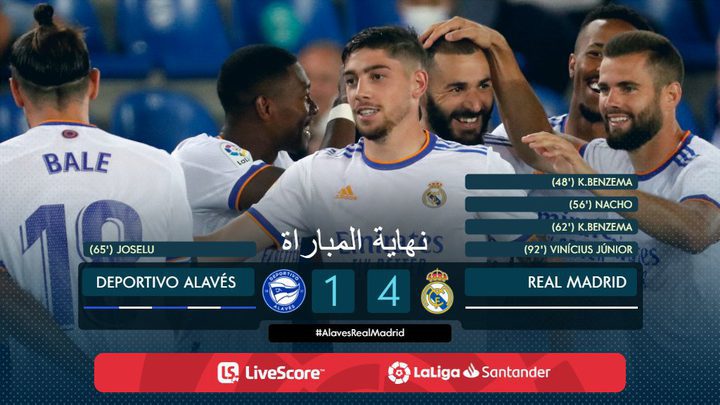 An-Najah News - Real Madrid defeated its host Deportivo Alaves 4-1 in the match that brought them together on Saturday in the opening round of the Spanish Football League "La Liga".

After a negative first half, Real rose up in the second half, where 5 goals were recorded.

The royal team scored 4 precious goals. Two by the French striker Karim Benzema, where the rest by Nacho Fernandez and Brazilian Vinicius Junior in the 48th, 56th, 62nd and 90+2 minutes, while Joselo scored for Alaves' only goal from a penalty kick in the 65th minute of the match.

With this victory, Real Madrid scored the first 3 points, while Alaves failed to collect any point.