Zidane: to renew my contract, 3 players contract should be renewed 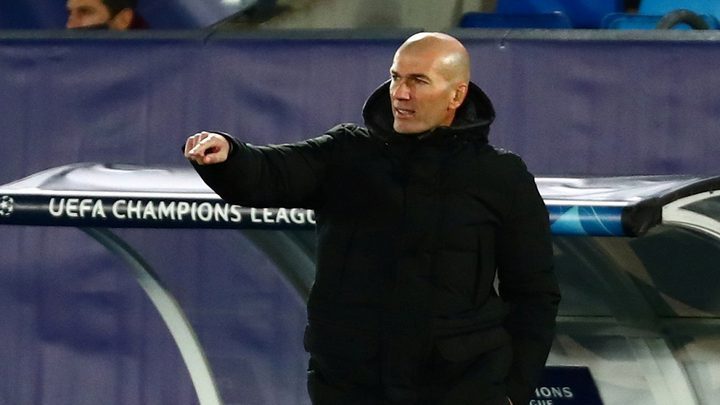 An-Najah News - The Spanish press reported that Real Madrid's coach, Zidane asked the "Merengue" Management to contract with 3 players before he renews his contract with the club.

According to " Diariogol" newspaper, Zidane was asked several time to remain in his position as Madrid's coach after his recent successes by beating Liverpool 3-1 on the first leg of the Champions League quarter-finals. Then beating Barcelona 1-2 on the Spanish League.

Due to these wins, Real Madrid is now candidate to compete hard for the Champions League and Spanish League titles this season.

The newspaper showed that Zidane is now  in a good situation to negotiate the renew of his contract with the royal club, but he expects some relapses in his negotiations with President Florentino Perez.

"Zizo" presented to the coach of Real Madrid a list of 3 players who he wants to contract with, next summer.

According to "Diariogol", the three players are, defender of Seville club, Frenchman Jules Conde, and his compatriot Eduardo Camavinga, midfielder for Rennes, as well as the world champion with France in the World Cup Russia 2018, Kylian Mbappe (Paris Saint-Germain's top scorer), Or the Norwegian Erling Haaland, the Borussia Dortmund striker.

The newspaper added that these three requests will be necessary for Zidane to renew the contract with Real Madrid and stop listening to the French Federation's temptations to take over the team's responsibility after the upcoming European Nations Cup finals, as well as his former team, Juventus, who also wants him as a substitute for Andrea Pirlo.

Earlier media reports indicated that Zidane, 48, is considering leaving Real Madrid as he is psychological and physical exhausted.

Zidane's contract with Real Madrid ends in the summer of 2022, but the club wants to renew it early to cut off all other  club’s temptations to take him.