Real Madrid misses the king of the derby, "Ramos", against Atletico 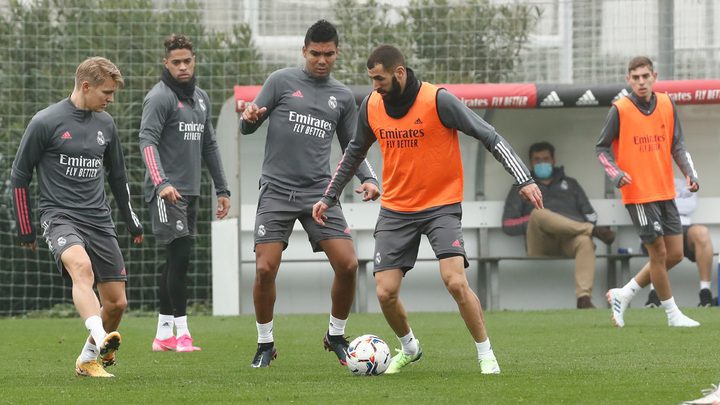 Real Madrid misses the king of the derby, "Ramos", against Atletico

Real Madrid captain Sergio Ramos did not participate in his team's training on Friday, as he recovers from his injury, while Karim Benzema prepares for the match.

Ramos has turned into an icon for the royal encounters in the derby matches, since his team was awarded the Champions League title in the 93rd minute in the Lisbon final.

He was on another date in Milan with glory, when he scored a decisive penalty that awarded his team the Spanish Super Cup title.

Ramos' balance will stop at 43 derby matches, after Paco Gento and Manoulos Sanchez overtook Sanchez to be king of these confrontations.