Manchester City vs Tottenham: the first strengthens its lead by three against Tottenham 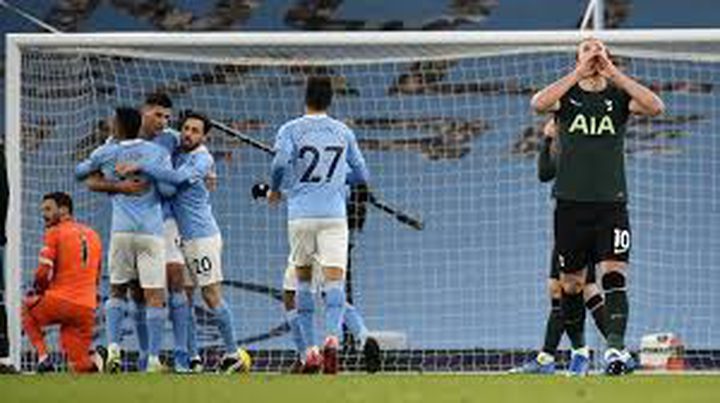 Manchester City vs Tottenham: the first strengthens its lead by three against Tottenham

An-Najah News - Manchester City beat Tottenham by 3-0 in the match that brought them together on Saturday in the 24th round of the Premier League football.

Manchester City's hat-trick, Rodrigo Hernandez, scored from a free kick in the 23rd minute, and German Ilkay Gundogan scored a double goals in the 50 and 66 minutes.

With this victory, Manchester City raised its score to 53 points and strengthened its lead, moving 7 points away from the closest pursuer to Leicester City, who snatched the runners up by beating Liverpool 3-1 earlier today.