Dozens of settlers break in to Al-Aqsa Mosque 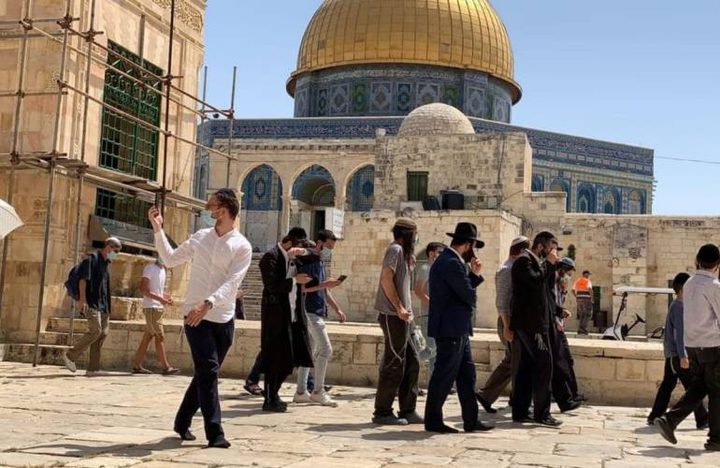 An-Najah News - Settlers have stormed Al-Aqsa mosque guarded by Israeli occupation forces. According to Islamic Waqf, dozens of  settlers have broken into Mugharbi gate in Al-Aqsa mosque where they performed a Talmudic rituals in its yards in the east.

The ancient Jerusalem and its gateway are under the strict security of the population and prayers in Al-Aqsa, as well as a number of provocations by IOF against the youth.

On the other hand, the Jerusalemites youth are facing daily provocations from the settlers who are organizing marches and rallies apart from daily storming to Al- Aqsa mosque.