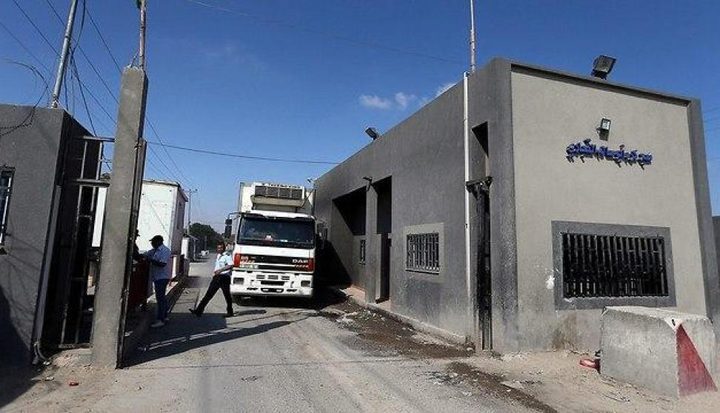 This comes after the end of the popular protests east of Khan Yunis in the southern Gaza Strip yesterday, in which 14 civilians were wounded by the Israeli occupation forces' bullets.

The Office of the Coordinator of Israeli Government Activities said: "At the conclusion of an assessment of the security situation and with the approval of the political level, it was decided to expand the entry of equipment and goods for international civilian projects in the Gaza Strip."

He added, "The share of Gazan merchants passing through the Erez checkpoint will be increased by 1,000 additional merchants, provided that permits are issued only to those who have received vaccinations against the Corona virus or recovered from the virus."

He pointed out that these steps and more are conditional on maintaining security stability.

On Wednesday evening, the Egyptian authorities decided to open the Rafah crossing (today) Thursday in one direction from the Arab Republic of Egypt to the Gaza Strip.

The Palestinian embassy in Cairo stated that the Egyptian authorities decided to re-establish work at the Rafah crossing in both directions, starting next Sunday.