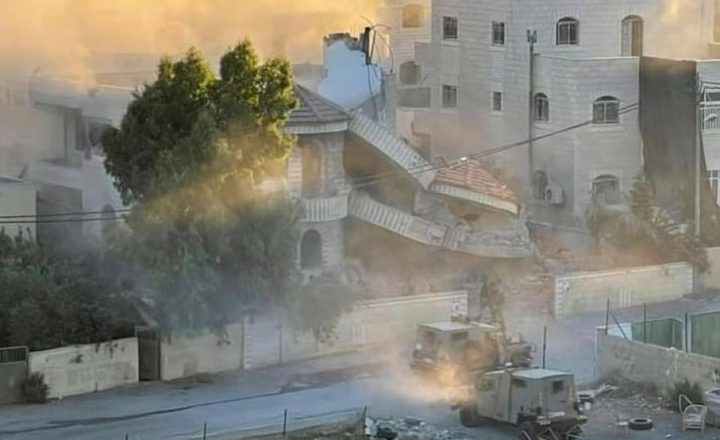 An-Najah News -  Today, Thursday, the Israeli occupation forces blew up the house of the prisoner Montaser Al-Shalabi in the town of Turmusaya, north of Ramallah.

A large force of the Israeli occupation, accompanied by a military bulldozer, stormed the town and surrounded the house, forcing the citizens living near the house to evacuate their homes, in preparation for its demolition.

On May 6, the occupation forces arrested Shalabi, 44, while he was in Silwad town, east of Ramallah.

On June 23, the Occupation Court rejected a petition submitted by the family of the captive Shalabi to stop the decision to demolish their house, and approved the demolition.