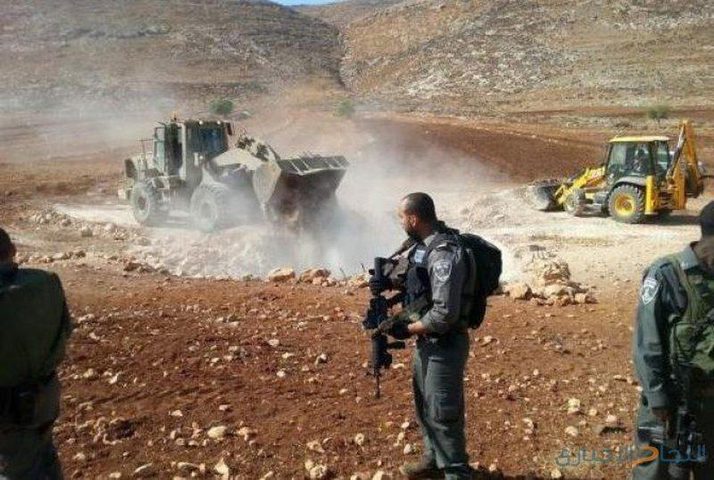 An-Najah News - Today, Thursday, the Israeli occupation forces began paving a road of a settlement outpost, established on citizens' lands, in the town of Ya'bad, south of Jenin.

The mayor of Ya'bad Amjad Atatreh explained that the occupation forces began the process of grazing lands planted with olive trees, to pave a 700-meter-long road for the benefit of a settlement outpost built on citizens' lands in the “Al-Haraiq” area, which includes mobile homes and sheep and cows’ pens.

He pointed out that the razing operations included the uprooting of olive trees from the lands of the citizens: Muhammad Nayef Abu Bakr, Muhammad Qasim, Jamal al-Taher, and Nadim Abu Shamla.