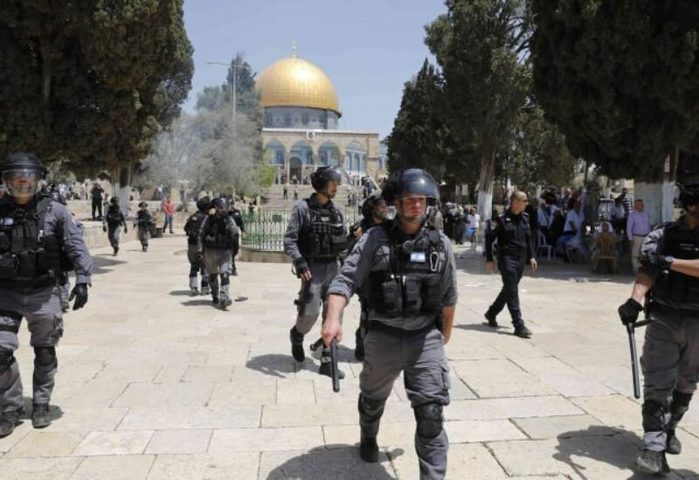 An-Najah News - The occupation forces surrounded the Old City of occupied Jerusalem, since the morning hours and closed a number of roads and streets surrounding the Old City, in order to secure the passage of settlers who celebrate the date of the occupation of Jerusalem.

According to Shahu Daayan, hundreds of Israeli forces were deployed in various parts of the Holy City and in the neighborhoods and roads leading to Al-Aqsa Mosque, forcing the owners of shops to close them, and checking the identities of passers-by to restrict them and facilitate the passage of settlers.

It is expected that the settlers will march carrying the occupation flags from Bab Al Amoud to Al-Buraq Wall and gather in Al-Buraq Square at 6:00 pm. A similar procession is scheduled to start from Hebron Gate to Al-Buraq Wall for women settlers as well.