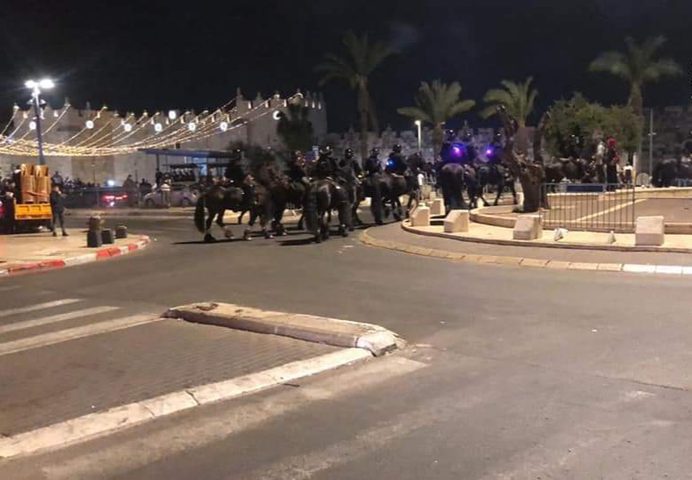 The Secretary of the Beit Hanina Shuafat Organizational District, Amer Awad said that the settlers kidnapped 4 youths from the town during the clashes with the Israeli occupation forces and the young men who left Beit Hanina, rejected the continuous attacks of the occupation in the area of Al-Amoud gate, and among the kidnapped men, Mustafa- al haymouni and Omar Attalah were identified.

Basil Abed, a member of the organization committee pointed out that the Israeli occupation forces attacked a march in Beit Hanina that was done to reject the occupation measures against the people in Jerusalem, where they confronted, using stun grenades and tear gas were thrown toward the protesters, before they kidnapped youths.