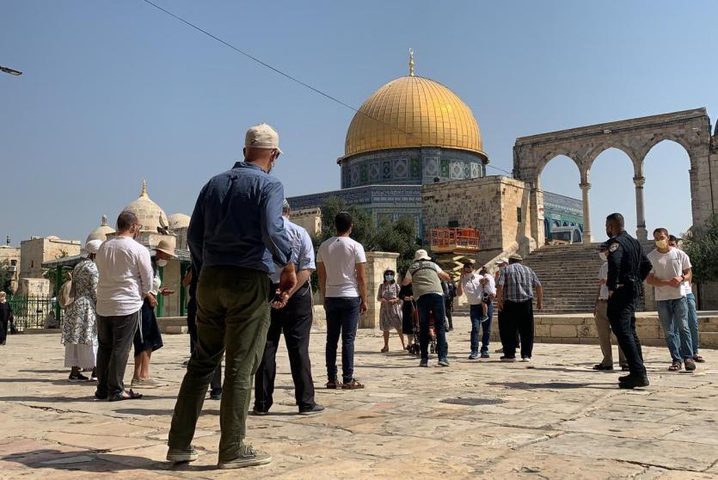 An-Najah News - Today, Monday, 150 settlers stormed Al-Aqsa Mosque, under strict military measures, in the Old City of Jerusalem; because of the Jewish "Passover".

"Dozens of settlers stormed Al-Aqsa from the Al-Mughrabi Gate, and they carried out provocative tours in its courtyards," said Firas Al-Dibs, the official of relations and media in the Islamic Endowments Department in the occupied Jerusalem.

He added that the Israeli forces have tightened their security measures and reinforced their forces in the Old City and its alleys, under the pretext of performing the Jewish "Passover" ceremonies.

The occupation authorities imposed strict measures on the city and its old town two days ago due to the "Jewish Passover" holiday, as dozens of settlers witnessed massive incursions into the courtyards of Al-Aqsa Mosque.