Raids and arrests campaign in the West Bank 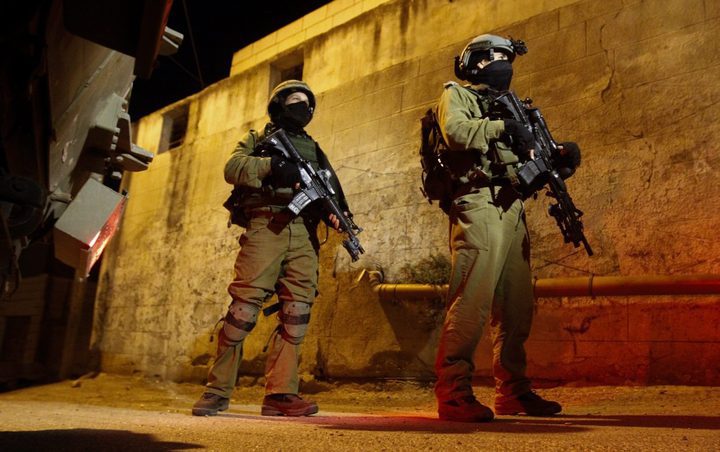 Raids and arrests campaign in the West Bank

An-Najah News -  The occupation forces launched an arresting campaign and raids in the West Bank governorates, resulting in the arrest of a number of citizens.

Where the Israeli occupation forces arrested today, Wednesday, a citizen from 'Til' village, southwest of Nablus.

Local sources confirmed to "Wafa" that Israeli occupation forces stormed the village of Til at dawn, raided the house of Adnan Abdul-Latif Shtayyeh, and arrested his son Hussam (20 years).

The director of the prisoner club in Tubas, Kamal Bani Odeh, stated that the occupation forces had arrested the ex-detainee, Anwar Al-Hamoud, from Wadi Al-Fara, south of Tubas, and Nasser Muhammad Abu Mohsen, from the village of Tayaseer, east, after they raided their homes and searched them.

Tulkarm: The occupation forces arrested five citizens from different areas in Tulkarm today, Wednesday, all of them are ex-detainees.

According to local sources, the occupation forces arrested Jihad Muhammad Salim Khryoush (24 years old) from Tulkarm camp, Asad Muhammad Asad Na'alowa (52 years), and his two sons Haitham (28 years), Hisham (19 years) from Shweika suburb north of Tulkarm, and Imad Ahmad Abu Asbah, 34, from the town of Allar, north of the governorate, after raiding their homes and vandalizing their contents.