Demolishing the lands of the sit-in tent in the Negev 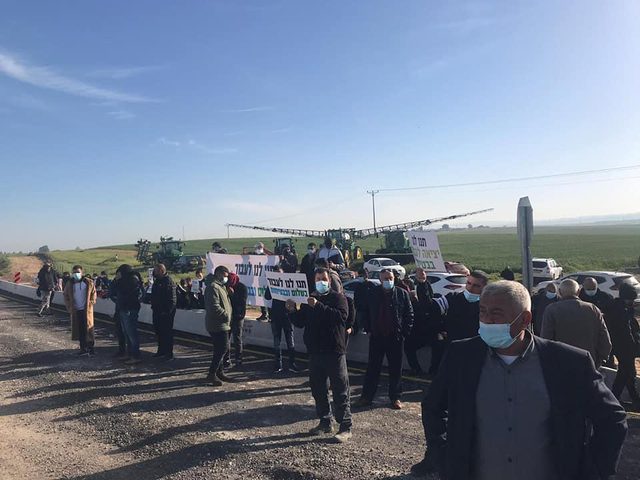 Demolishing the lands of the sit-in tent in the Negev

An-Najah News - Today, Monday morning, large forces of the Israeli occupation forces raided the Negev area, south of Palestine, specifically the lands of the village of Sa`wa and proceeded to raze its agricultural crops.

The occupation police prevented the people from accessing the lands and demolished the sit-in tent erected at the site against the plan to afforest the area.

It is noteworthy that this is not the first time that the Israeli police raided the lands of Sa'wa village, in order to implement the scheme to displace the land and confiscate it by its owners.