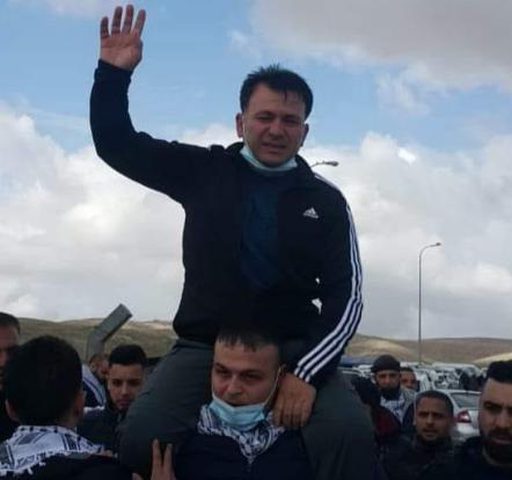 An-Najah News -   Today, Thursday, the Israeli occupation forces announced the release of the prisoner, Amjad Fayek Taha Abu Latifa, 49, from Qalandia camp, north of occupied Jerusalem, after he spent 18 years and a half in detention.

It is noteworthy that the prisoner Abu Latifa was arrested on July 30, 2002, and where he was sentenced to 18 years and a half in prison. He is married and a father of two sons, and he is the brother of the martyr Muhammad Fayek Abu Latifa.