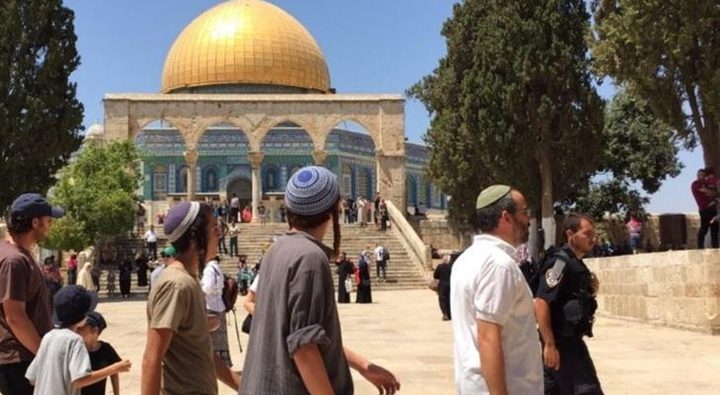 An-Najah News - The Ministry Waqf and Religious affairs said that more than 24 desecrations by the occupation forces and settlers witnessed the blessed Al-Aqsa Mosque in occupied Jerusalem, while the call to prayer was prevented for 46 times in the Al-Ibrahimi mousqe in the city of Hebron, during last December.

The report indicated that the occupation imposed a policy of punishment on the visitors of the Al-Aqsa Mosque, and deprived thousands of prayers in it, while allowing settler flocks to desecrate it, and sponsoring so-called organizations for the Temple for their inciting calls against Al-Aqsa Mosque and its employees.