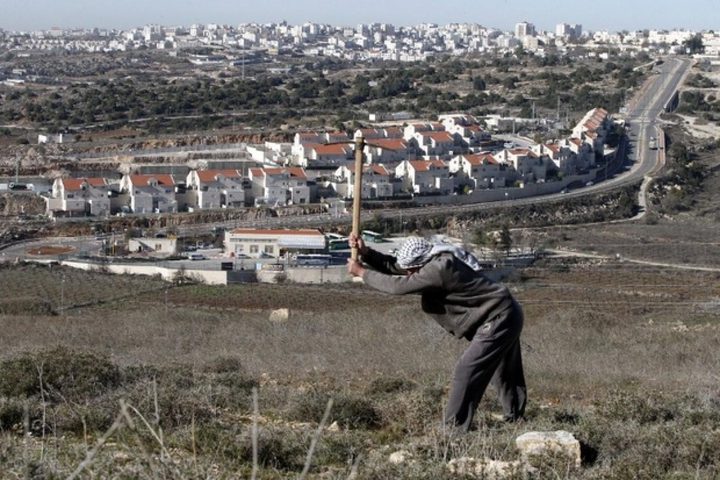 An-Najah News - Al-Haq human rights organization said Monday that it has sent letters to the High Representative of the European Commission, the Executive Vice President and European Union (EU) Commissioner for Trade, and EU Member States with diplomatic representatives in the Occupied Palestinian Territory (OPT), calling on them to support the principled initiative of the 46 MEPs, representing most of the European Parliament’s political groups, to ban trade with, and support for, illegal settlements established in occupied territories.

The letters stressed on the role that the EU played in opposing rampant human rights violations committed in defiance of international law. Such affirmation of human rights is evident in the EU’s repeated condemnation of Israeli human rights violations, consistent calls on Israel to abide by its legal obligations as an Occupying Power, including its calls to end all settlement activities, and the Court of Justice of the EU’s ruling in regards to the labelling of Israeli settlements’ products, which enforces the position of the European Commission in its 2015 interpretive notice on EU Regulation no. 1169/2011 on the provision of food information to consumers.[1]

While Al-Haq appreciates the efforts of the EU in ensuring the protection of Palestinian human rights, it is imperative to emphasize Israel’s continued dismissal of these measures. Accordingly, and as Israel continues to systematically violate the human rights of Palestinians, the letters highlighted that it is crucial for the EU to take effective, concrete, and immediate actions, including by supporting the aforementioned proposal and banning trade, and support of, illegal settlements in the OPT, so as to bring Israel’s perpetual impunity, which undermines the structure of the international legal order, to an end.

The letters reminded the EU and its Member States of their legal obligations under common Article 1 of the Geneva Conventions, which stipulates that the High Contracting Parties “undertake to respect and ensure respect for the present Convention in all circumstances.” It further reminds the EU and its Member States that they have endorsed the UN Guiding Principles on Business and Human Rights (UNGPs), and repeatedly committed to advancing, and taking into effect lawful measures to end Israel’s unlawful settlement enterprise, grave violations of human rights, and impunity.

Finally, by reminding the European Union and its Member States of their legal obligation to not recognise a situation arising from unlawful conduct as lawful, and to actively cooperate to bring the unlawful situation to an end, the letters urged the EU and its Member States to support the present proposal, and to take the necessary and important step in recognising that the illegality of the settlement enterprise, and its perpetuation, extends both to the unlawful appropriation of land, and to the commercial products whose manufacture is reliant on the unlawful exploitation of that land.