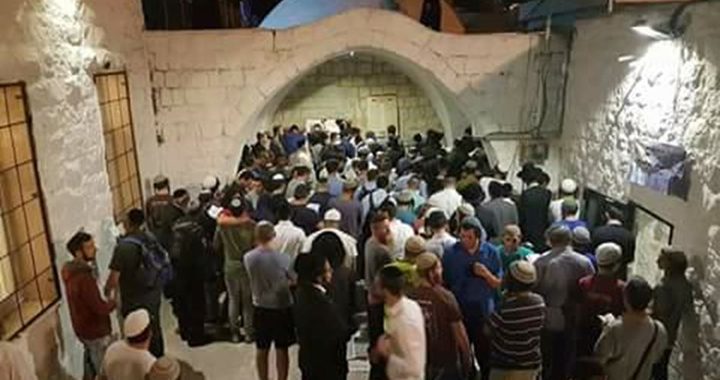 An-Najah News - Many Palestinian youths were injured by Israeli occupation military gunfire and tear gas as Israeli settlers stormed Joseph’s Tomb in the northern West Bank city of Nablus, according to security sources.

Israeli occupation forces escorted a convoy of buses of hundreds of fanatic Jewish settlers into the site, located in the Palestinian-controlled area, sparking confrontations with Palestinian residents.

Soldiers opened fire on Palestinians protesting the raid and attempting to block settlers’ access to the site, injuring several protestors with rubber-coated steel bullets and causing dozens others to suffocate from tear gas.

The controversial site of Joseph’s Tomb is believed by Palestinian residents as the site to be the funerary monument to Sheikh Yousef Dweikat, a local religious figure, while Israeli settlers believe it to belong to the Biblical Patriarch Joseph.