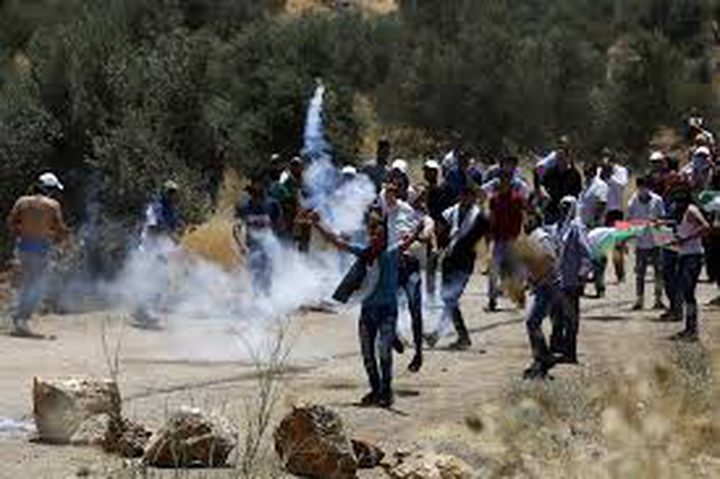 An-Najah News -  According to witnesses, Israeli forces cracked down on an anti-settlement-construction rally in Beit Dajan village, east of Nablus city.

Several protestors were injured and causing dozens of others to suffocate after a large Israeli military force violently dispersed the participants of the rally called for to defend the villagers’ lands threatened with confiscation.

The village has become the scene of weekly protests against the Israeli occupation authorities’ move to construct and expand colonial settlements at the expense of Palestinian land.