The archeological site of Sabastya has been stormed by Settlers 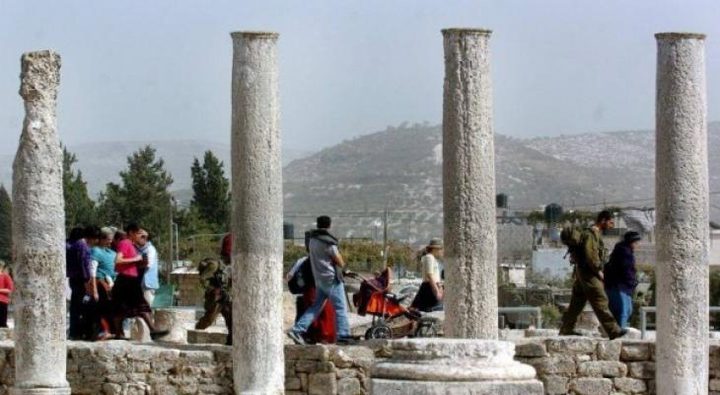 An-Najah News - local sources said that dozens of fanatic Israeli settlers stormed the archeological site in the town of Sebastia near Nablus.

Dozens of settlers barged their way into the site under heavy protection by Israeli soldiers.
He confirmed that IOF fired tear gas and sound bomb during the raid said Sebastia mayor Mohammad Azzem.

He added that settlers have been calling their followers to carry out regular intrusions into the site, aiming to seize it.

Located 11 kilometers to the northwest of Nablus, Sebastia is a small historical town located on a hill with panoramic views across the West Bank.
Israel has been attempting to take over the town, which has become a site of heated cultural conflict, preventing the Palestinian Authority from conducting restoration works at the site, prohibiting providing tourist services to visitors from around the world, and stealing antiquities from it.

The town embraces a Roman amphitheater, temples, Byzantine and Crusader churches, dedicated to Saint John the Forerunner, who baptized Jesus Christ in the Jordan River, besides a mosque built in honor of the saint.