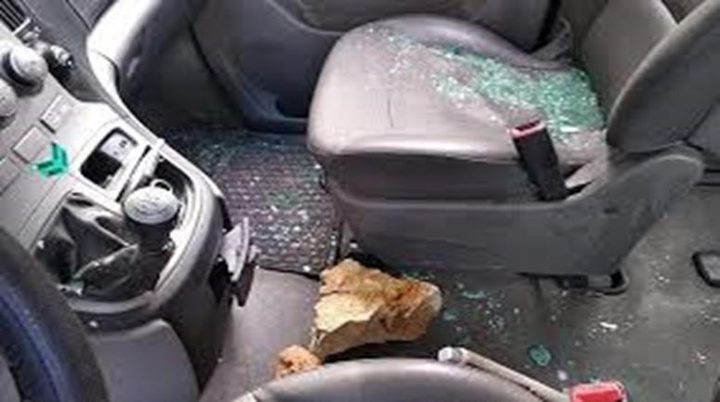 An-Najah News - According to a local activists, Israeli settlers intercepted and attacked Palestinian vehicles traveling between Nablus and Qalqilya in the north of the West Bank.

A group of club-yielding settlers intercepted Palestinian vehicles traveling along the Nablus-Qalqilya Road, close to the entrance of the illegal Yitzhar colonial settlement, notorious for its violent settlers, and attacked them, causing damage to some of them and terrifying the passengers said Ghassan Daghlas, who monitors settlement activities in the north of the West Bank.

Daghlas said the use of clubs is a new phenomenon in the settlers’ violence against Palestinian civilians when previously all the attacks were with rocks.

Settler violence against Palestinians and their property is routine in the West Bank and is rarely prosecuted by Israeli authorities.