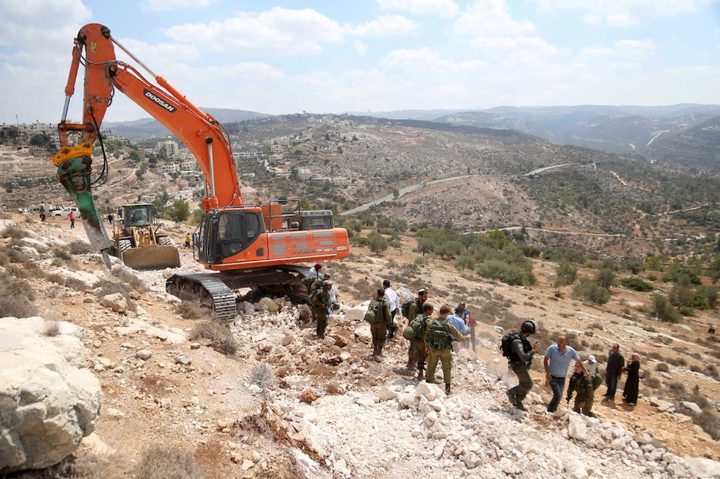 An-Najah News - Local sources said that extremist Israeli settlers razed plots of land in the village of Urif near Nablus.

Israeli soldiers provided protection for settlers who were razing the land he added.

Extremist Israeli settlers’ violence against Palestinians and their property is routine in the West Bank.