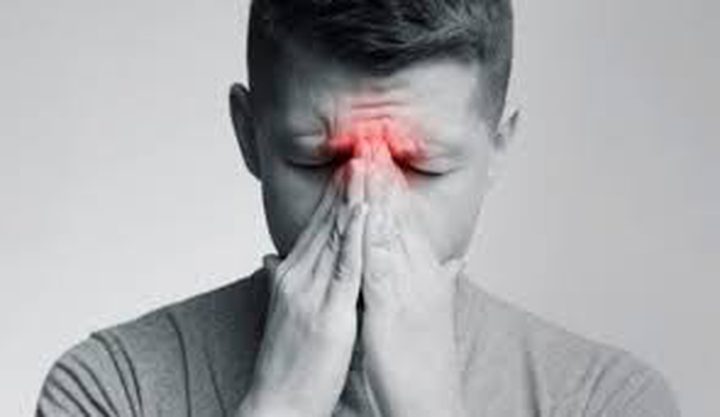 An-Najah News - Chronic sinusitis, which causes persistent obstruction in the nose and headaches, affects 11% of the people in the United States, and a new research found a link between the condition and changes in the brain activity.

The team behind the study hopes that the link will help explain some of the other common effects of persistent inflammation: finding difficulty in concentrating, suffering from episodes of depression, sleeping problems, and dizziness.

Finding a link between the underlying disease and neurological treatment that occurs elsewhere can be vital to understand the chronic condition, along with efforts to find better and more effective ways to treat it.

Otolaryngologist Arya Javari, from the university of Washington, said: “this is the first study that links chromic sinusitis to biological neurological change. We know from previous studies that patients with sinusitis often deicide to seek medical care not because of a runny nose and sinus pressure, but because the disease affects how they interact with the world. They cannot be productive, thinking is difficult, and sleep is poor. It greatly affects their quality of life. Now we have potential mechanisms for what we observe clinically”.

Researchers benefitted from the Human Connectome Project data and found 22 people living with chronic sinusitis and 22 under surveillance without sinusitis. The data from functional MRI scans were used to compare blood flow and neuron activity in the brain.