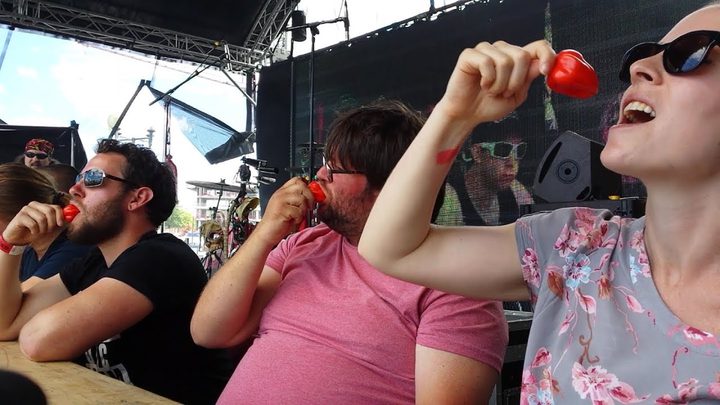 An-Najah News - A 34-year-old man developed intense neck and head pains after eating the chilli at a hot pepper contest in New York, and was eventually taken to hospital, where he was diagnosed with thunderclap headaches (essentially an intense series of headaches that feel like a thunderclap).

The condition is linked to a temporary brain condition known as Reversible Cerebral Vasoconstriction Syndrome, which occurs when arteries in the brain constrict, restricting blood flow.

According to a case report, there are no other known cases where an RCVS has been caused by chilli.

The Carolina Reaper has been measured at more than two million Scoville units (the measure for how hot a chilli is). For some perspective, a very hot habanero can measure 50,000 Scoville units.