The discovery of an ancient skull in Ethiopia, revealed a new human ancestor 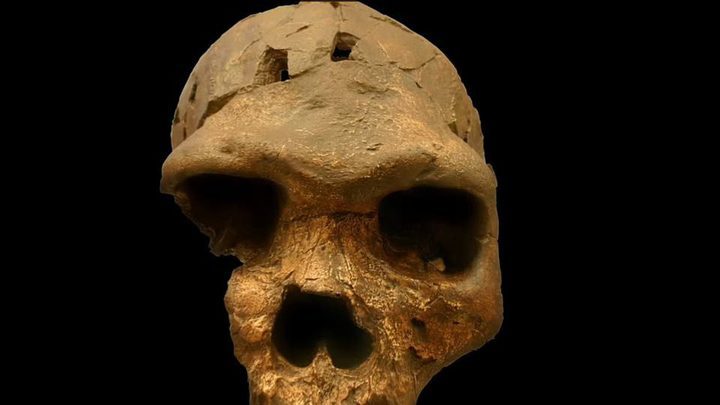 Ancient Skull was discovered in Africa

An-Najah News - In a discovery that could re-classify kinds of human, the scientists discovered a skeleton for a new species of ancient humans in Africa which believed to be an immediate ancestor of man-kind.

The new-discovered species are called as ‘Bodoensis’ who had lived in ‘the maiden Pleistocene age’ for about 500,000 years.

Winnipeg university researchers in Canada are hoping that this discovery will help in shedding the lights on this Neoarchean, according to ‘Daily mail’.

In this sense, Dr Mirjana Roksandic said that ‘talking about human evolution during this era becomes impossible due to the shortage of the suitable terms that acknowledge human geographical variation.’

The researchers in the study re-evaluated the fossils existed in Africa and Eurasia that are belong to the middle ice age. The fossils that were identified to be a ‘mad Heidelberg’; however, it turns to be ‘Advanced Man Neanderthals’.

However, new DNA results showed that some of these African fossils belong to ‘Heidelberg Human’ and ‘Man Rudicia’ and that leads to a huge obfuscating.

Researches believed, in their new analysis, that the fossil that were found in Bodo in ETHIOPIA does not belong to the ‘Human Heidelberg’ or ‘Man Rudicia’ but rather a new specie. The researchers named this specie as man bodoensis.

It is thought that the Man bodoensis possesses a short, full body that is adapted to survive in cold climates. Males are likely to stand about 5 feet 9 inches tall and weigh about 10 stone (6.35 kg) while females average 5 feet and 2 inches (157 CM).

This species had extinct since 200 years before a long time of modern human migration to Africa. Most humans from the Middle Pleistocene will be classified as Africans and some from South-Eastern Europe as ‘bodoensis," while many from South-East Asia will be reclassified as ‘Man Neoarchean’.