Egypt reopens tomb of Ramses I after its restoration 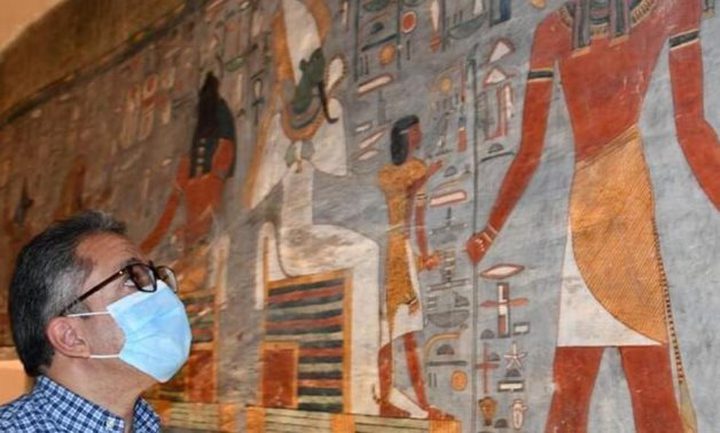 Egypt reopens tomb of Ramses I after its restoration

An-Najah News - During his trip to Luxor today, Dr. Khaled El Enany, Minister of Tourism and Antiquities, accompanied by Dr. Mostafa Waziry, Secretary General of the Supreme Council of Antiquities, visited the Valley of the Kings on the west bank in Luxor, where the tomb of King Ramses I was reopened after its restoration.

Dr. Mostafa Waziry said floors were restored and walls were cleaned from remains of birds and bats.

The tomb was discovered in 1817 by Giovanni Belzoni.

It is 29 meters long, and consists of a short corridor that ends with a burial stone containing a granite sarcophagus

The most important text in it is on the left wall of the burial chamber, is the  Book of Gates, and a scene that represents the king kneeling before the spirits of Nakhun, Bi and Hierakonpolis.

The mummy of the king is displayed in the Luxor Museum at the Hall of the Glory of Thebes.

Ramses I was a deputy of the army in the era of Horemheb, with his wife Sat Ra, and he was called Bari Masu, then he founded the 19th Dynasty in the period from 1292-1290 BC.