Italy reveals the story of the first Corona infections 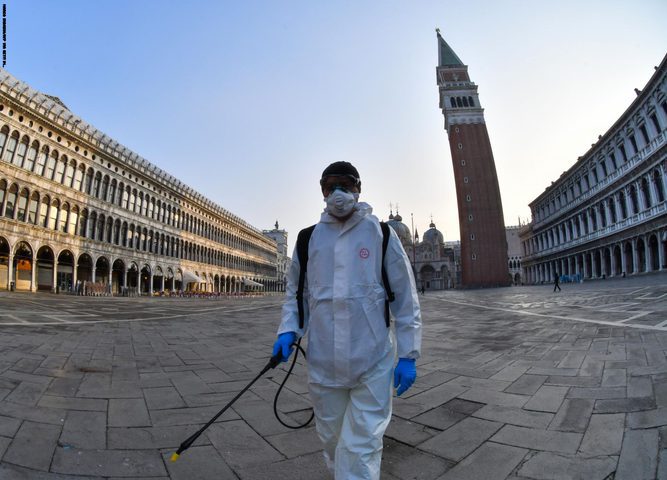 An-Najah News - Today, Saturday, Reuters revealed the details of the first infection with the coronavirus in Italy, and the general isolation that followed his infection in the country.

According to the agency: The story began a year ago, after Laura Richvote and Annalisa Malara, two doctors at Codogno Hospital, observed something different in a patient in the intensive care unit.

The two took a decision to confront the problem, which eventually led to a public emergency because they detected the first case of Coronavirus in the region that later became the first general isolation area to contain Corona in Europe.

A 38-year-old man, now known as Mattia or "Corona Case Number One", had been transferred to the hospital with a high fever, cough and shortness of breath on February 18, 2020, and Mattia refused to stay in the hospital so doctors prescribed antibiotics for him and went to his home.

However, he returned that evening and his condition worsened and he had to be put on an oxygen machine. Two days later, his wife told doctors that he had had dinner a few weeks earlier with a colleague who had gone to China.

But Mattia did not meet the criteria for a mandatory corona test because he did not go to China himself.

"Many times I had to explain why I wanted a Covid swab on him," Malara said.

"Dr. Malara and I decided to break the protocol," Richvote added. The two doctors swabbed Mattia from the nose and sent her to a laboratory in Milan, and at 9:30 p.m. the phone rang. The result is positive.

"We couldn't believe it. We thought it was a distant problem, its relationship with China, but it was already here with us. And it was not just on February 20, but probably much earlier," Richvote added.

In the following days, Codogno, a town of 15,000 people, became the "capital" of the first "danger zone" in Europe to impose general isolation measures.

Since then, Covid-19 has claimed 95,000 lives in Italy, the second highest death toll from the disease in Europe after Britain and the seventh highest in the world.